Workplace Culture: Which F.R.I.E.N.D.S Personality Are You?

Over the years we have laughed and cried along with the TV series FRIENDS. In every situation, you find yourself, whether its job search or at work, you can learn a thing or two from these well-known Friends characters. So, which FRIENDS personality are you?

Here are some career lessons that you can apply to be better at work:

Nothing is more unprofessional than speaking to your co-workers (especially a figure of authority) about the negative aspects of your personal life. Ross has anger issues and projected his anger towards his boss at work. Don’t be like Ross. Don’t cry over a sandwich.

Don’t assume that you will love every aspect of the job you are going for. Rachel thought she would never have to make coffee again, and yet she ended up doing the coffee runs for her new office. There is always going to be one or two things you would prefer not to do in your job role. However, if you love the majority of your duties then go for it. 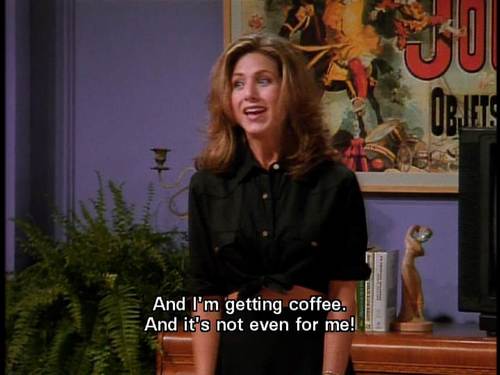 Sometimes you are required to work with people who you would prefer not to spend your time with. However, you will need to swallow those feelings and focus on the work you are meant to be completing.

You might think that you cannot decide on which career path to take. For example, Chandler worked at a company where he earned well but did not like the work. He then got out of his comfort zone and decided to leave that well-paid job to do an internship in an advertising agency, a career he wanted to explore. At first, Chandler ran from his fears of job security but decided to step out of his comfort zone and do something he actually liked.

Never agree to take a job that you dread the thought of. This is wasting both your time and the employer’s time. It will also affect the other staff and their attitude as they may become hateful towards you if you are unmotivated and not doing your bit to contribute to the team. If you are already in a job you dislike then instead of suffering in silence, you need to figure out what is going wrong for you and talk to someone about it. See if anything can change, if it can’t, then maybe it’s time to look elsewhere.

The most important thing to remember about a job is to not be embarrassed by it. You are independent and earning your own money, there is nothing to be embarrassed about. Joey tried to hide his job at the coffee house from the rest of the group due to the fact that he was embarrassed however when they all realised that he was an employee, they were nothing but supportive. 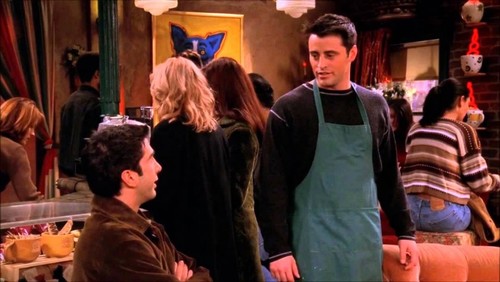 Despite growing up living on the streets with no family or friends to support her, Phoebe managed to land herself a job as a masseuse and ended up being able to share an apartment with Monica. This motivation and willingness that Phoebe shows can be transferred into employment and shows that as an employee you are able to do anything you put your mind to as long as you are motivated and willing to do so. Phoebe is the most motivated of the entire group, are you like Phoebe at your workplace? 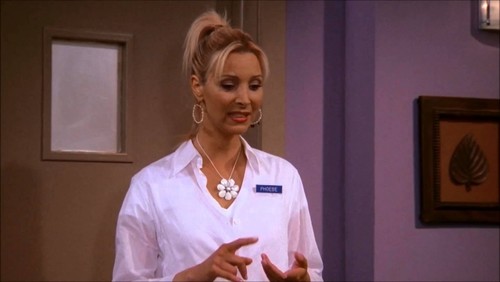 Are you searching for a job or looking for a new role? Fill the form given below and we will be in touch soon.